When Utah Food Bank began our Summer Business Food & Fund Drive, we approached Fidelity Investments® and asked them to move their traditional holiday food drive over to this critical time of need. They were one of the first businesses to participate because the idea that kids who are out of school lose access to school meals really struck a nerve with their local employees and leadership. Though this food drive has seen many changes in format, Fidelity’s commitment to helping the hungry has never wavered.

This year marked the 25th anniversary of our partnership. It has grown exponentially. What started in 1993 as an employee food drive collecting 800 lbs. of food has now become a fund drive that resulted in over $171,000 this year from local employees—that’s the equivalent of over 637,000 meals! Traditionally, 25th anniversaries are celebrated with gifts of silver, and that’s a lot of “silver” cans of food for the 392,000 Utahns facing hunger!

Utah Food Bank’s President & CEO, Ginette Bott, attributes Fidelity’s success to a variety of factors: “Their top-to-bottom organizational support has resulted in a service-oriented culture that truly grasps the magnitude of need in our state. Hunger knows no season, and it seems, neither does the dedication of Fidelity’s local employees. I truly value their incredible 25-year partnership and commitment to Fighting Hunger Statewide.”

Utah Food Bank asks for three things: food, time and money. In addition to Fidelity’s long-term financial support, which has amounted to more than $1.5 million since 2006, they have donated over 1.8 million pounds of food and approximately 1,300 volunteer hours since 1994.

Reed Wellman, Fidelity’s Regional Co-Leader, said the bond between Fidelity and Utah Food Bank is as important to Fidelity employees as it is to the charity organization: “Our employees genuinely look forward to the Summer Business Food and Fund Drive, not only to help our fellow Utahns, but also to lead by example and show other Utah companies that fundraising can be fun and a great team-building activity,” said Wellman. “At Fidelity, we’re passionate about making a difference in the communities where we live and work. Helping organizations like the Utah Food Bank that do the same is part of how we accomplish that mission.”

We are incredibly grateful for this long-term partnership, and marvel at their commitment to our mission. Their story serves as proof that when you commit to a cause and stick with it, you can truly change lives! 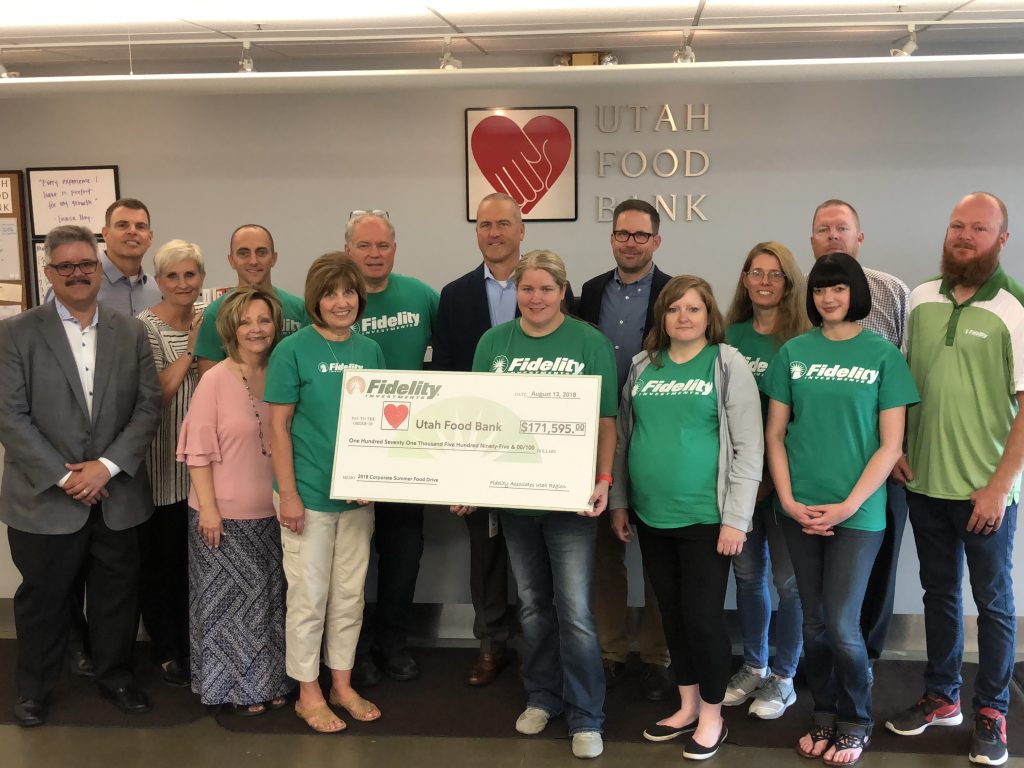