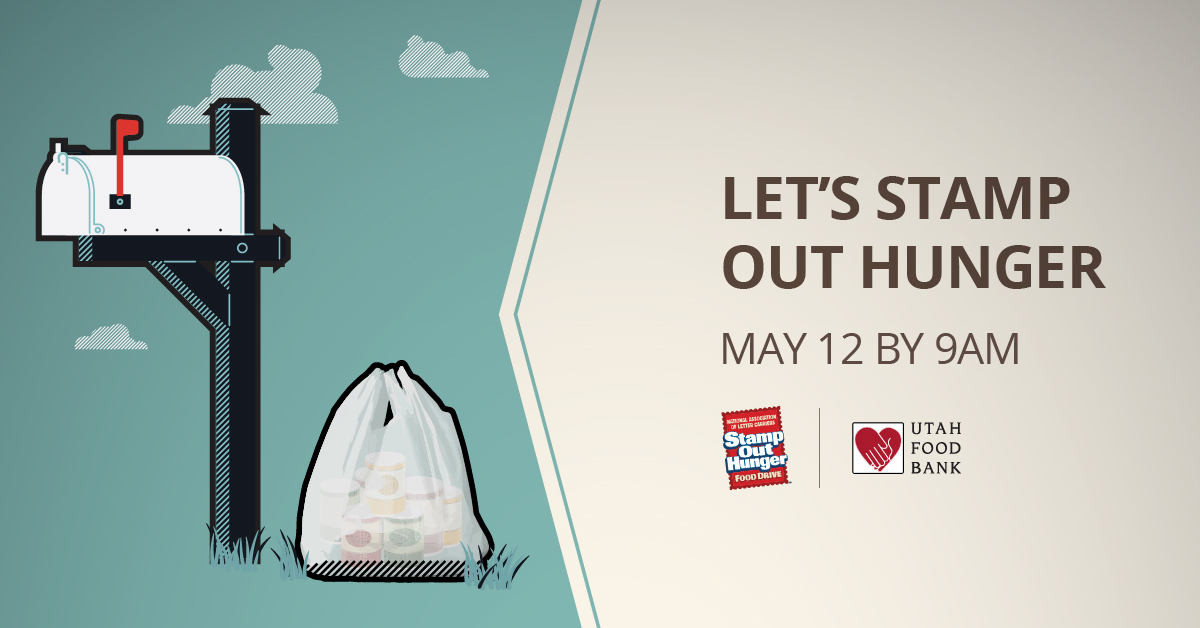 Letter carriers and hunger have one thing in common: neither is affected by the season, which is why on Saturday, May 12th, letter carriers will collect food statewide to help the 392,000 Utahns facing hunger. Utah Food Bank asks residents across the state to help “Stamp Out Hunger” by filling the reminder bag you will receive with non-perishable food donations. Then, can simply leave the bag near your mailbox no later than 9:00 a.m. on May 12th and your letter carrier will collect and deliver food donations to Utah Food Bank and its statewide network of 149 partner agencies.

All donations will be distributed to food pantries in the community where the donation is made. Alternatively, donations can be dropped off at the closest food pantry, Utah Food Bank’s Salt Lake or St. George warehouses or any Harmons location. Donated food should be commercially packaged and non-perishable items with an emphasis on items that are low in sodium, sugar, and corn syrup. Most needed food items include beef stew, chili, peanut butter, boxed meals and canned meats. Look for reminder bags and postcards in your mailbox during the week leading up to the food drive to encourage statewide participation.

“The donations received as a result of this food drive come at a crucial time as school gets out and many kids are left without access to school meal programs, placing additional strain on already tight family budgets,” said Ginette Bott, Utah Food Bank President & CEO. “Community support of this effort will truly make a difference in the lives of the 1 in 6 Utah kids at risk of missing a meal today.” 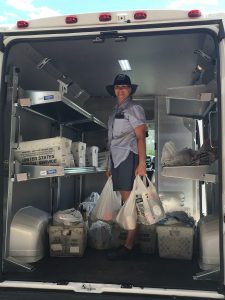